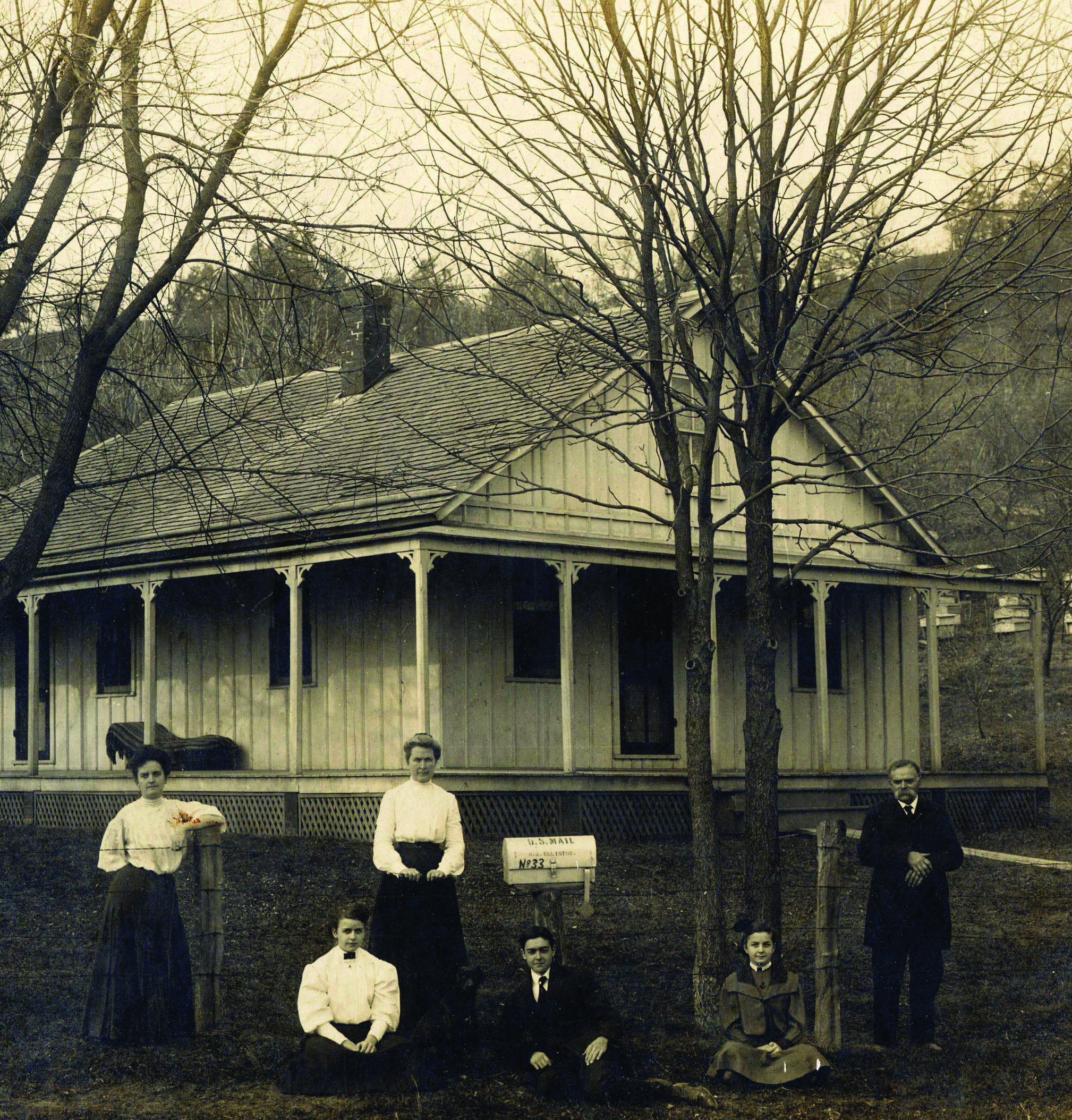 Robert A. Elliston was born on July 2, 1849 in Kentucky. He grew up near Indianapolis, Indiana where he learned the buggy and carriage making trade, working at the Studebaker shops in South Bend. He left Indiana to work at the Henry Olds factory, then moving on to New York and later to Philadelphia. He settled in St. Louis, Missouri for a while working as a hearse designer at the McLaren Hearse and Coach Mfg. Company. Leaving St. Louis with his first wife during the mid 1870s, Elliston took a job with the Breton Buggy Shop in Lacon, Illinois. His young wife and baby were stricken with small pox. His sister in law, Catherine Kummiskey (1858-1953) came to tend to her sister and child. When she died, Catherine stayed on to care for the child who never recovered fully and died a year or so later. Catherine and Robert were married on December 10, 1878 in Lacon where they lived for 6 years while Robert continued to work at the buggy shop. Here, in duck hunting country, he started making decoys. His birds were so well liked that when he moved to Bureau, Illinois in 1889, decoy carving was his full time profession.

Each day, he and Catherine would work together on their decoys. She would paint during the daylight hours. Each evening Robert would bring six head blanks into the house. After dinner, he would sit by the window in the kitchen with a lamp at his side and whittle out a cheeky head with a finely detailed bill. The following day he would carve six bodies of a two piece construction. Elliston's method of joining his decoy parts was unsurpassed by other decoy makers. Even after years of use in water and ice wore the paint from his decoys, the body seams rarely split. Lastly, quality taxidermist's eyes were embedded high up on the slightly pointed heads.

Elliston carved pairs of blue and greenwing teal, mallards and pintails, but only drakes of scaup, canvasbacks, coots, geese, redheads, ringnecks and widgeon.

Catherine would prime the decoys with a coat of gray paint which was mixed with a heavy white lead paint. She would mix all of her own paints this way. Often using actual ducks that she would later cook for dinner, Catherine developed her own paint patterns. The large solid color areas on the sides and backs of the drake ducks were combed with a metal graining tool. Her feathering style blended dark loops of color over a wet base color. The back feathers were accented by scratching another loop around the dark loops with the end of her paintbrush. The break in color between the sides and breast were softened by looping the breast color over the damp sides. The rump color was blended into the back by swirling the color into the damp paint on the back in a feathery design. Several Illinois River decoy makers were strongly influenced by Robert and Catherine's work. It is believed that Edna Perdew was influenced by Catherine and adopted the combing technique from her. Millie Graves was taught by Catherine as well. Charlie Perdew was one of the few people that Robert allowed in his workshop. Robert didn't like having anyone looking over his shoulder when he was working, but he did enjoy visiting with young Charlie.

He stopped making sleeper and preening decoys early in his carving career because he started to have trouble keeping up with his orders. These decoys and the geese took too much time. The sleepers especially took more time to paint because of their turned heads.

Elliston made thousands of decoys until his death in 1915. After his death, Catherine painted decoys for the G.B. Graves Decoy Company of Peoria, Illinois.